A Guide To Network Congestion: What It Is, Causes, and How To Fix It

Today's business and working environment requires a fast, stable, and secure network infrastructure to connect all the network components, multiple devices and huge volumes of traffic that flows through it.

Optimal network performance and the best user experience requires high uptime. Issues like severe network congestion can lead to poor user experience, and severely affect a business’s overall performance, which in turn could lead to a loss of revenue.

What is network congestion?

Network congestion occurs when a network is overrun with more data packet traffic than it can cope with. This backup of data traffic occurs when too many communication and data requests are made at the same time, over a network that doesn’t have enough network bandwidth to carry it.

While network congestion is usually temporary, it can cause inconvenient network problems that can affect performance, such as high levels of jitter, packet loss, and latency, as well as a decrease in throughput. A congested network can be a sign of a larger issue in your network.

Because of this, it’s important to have network performance monitoring tools in place that can proactively detect network congestion in your own network, and outside of it.

What are the causes of network traffic congestion?

When a network is inundated with requests, it causes what's sometimes referred to as a broadcast storm. This could happen for example, on an unusually busy day for an eCommerce business, or a video going viral, and creates a situation where a network can't process all the requests at once.

Too many hosts in broadcast domain

A 'broadcast domain' applies to a network structure. This could be the network within an enterprise, educational facility, or a VLAN. A 'host' refers to each individual router or switch within the broadcast domain. Too many hosts in the structure can cause an overload, as too many devices are requesting network access at once.

A maximum capacity for hosts in a broadcast domain is 200–254.

If you think of your network as a pipe that channels data, bandwidth refers to the 'size of the pipe' through which business critical traffic flows. If the pipe is not large enough for all the traffic to move through at once, problems happen with traffic flowing smoothly, causing congestion.

Network bandwidth usage can be affected during peak TV streaming hours, for example, when a video streaming service is consuming 40% of the internet, resulting in network congestion.

Devices using too much bandwidth

Network congestion can also happen when overactive devices are running on your network. Whenever a large amount of traffic is traveling through your network at the same time, data packets can get backed up on their routes, similar to too many cars on the highway at once. Too much activity is caused by 'bandwidth hogs', devices that either communicate too much data or run too frequently. 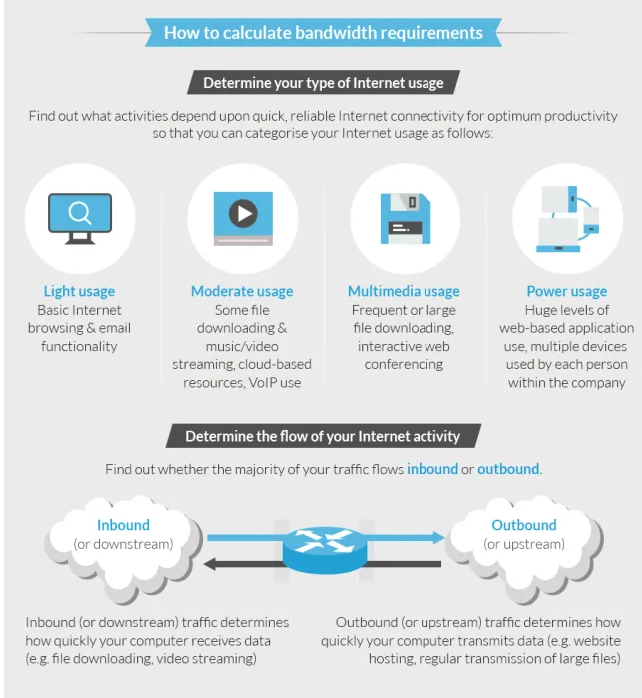 Network misconfiguration is a common cause of network congestion. This could be caused, for example, by network engineers introducing bugs into the system via repetitive and one-off scripts.

The other aspect to configuration management is regular maintenance and testing. Like all components of a technology infrastructure, lack of maintenance on network devices and network equipment, and not monitoring network traffic leads to an inevitable breakdown.

Network monitoring tools can not only identify network congestion, but determine if misconfigured traffic is causing the problem. 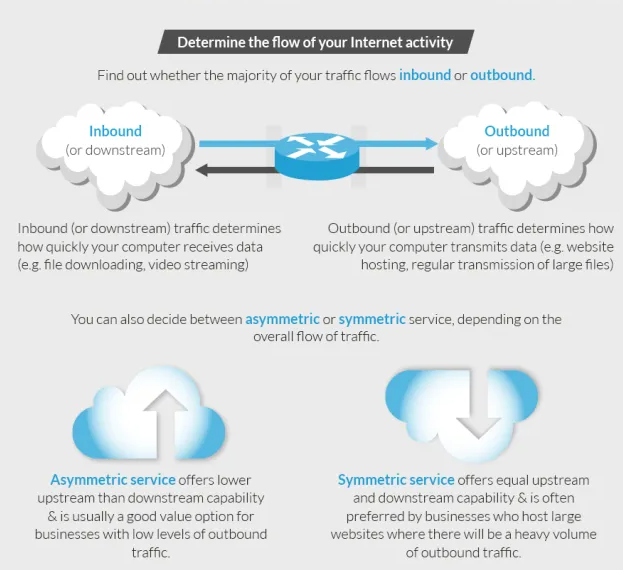 Data transmitted through outdated switches, routers, servers, cable connections, and other network equipment can cause bottlenecks and affect network traffic.

If your network's hardware is not optimal, this creates a bottleneck in the transmission of business critical traffic, resulting in network congestion.

Border Gateway Protocol (BGP) refers to a gateway protocol that enables the internet to exchange routing information between autonomous systems (AS). This usually occurs through the shortest logical path, and without consideration for how much traffic is already going over that path. This can result in transit paths becoming overloaded, creating slower speeds, and causing network congestion.

Packet loss, or data packets that arrive damaged obviously need to be resent. If this is happening two or more times, this results in your network experiencing network congestion without any incremental benefit.

Packet collisions can be caused by poor cabling, over utilized devices, or bad equipment, and can produce a serious situation, forcing all packets to stop and wait for a clear network to retransmit. This produces even greater congestion and delay, and as is the case with a highway collision, traffic direction is often required.

How to reduce/prevent network congestion issues

Preventing network congestion altogether is difficult if not impossible, given the fact that most businesses experience large volumes of network traffic every day. Traffic patterns and device usage can vary across computer networks, or even fluctuate greatly within the same network.

Fortunately, you can take steps and put strategies in place to help limit the ways network congestion can affect productivity.

One of the first steps to take to fix network congestion is to deploy network management tools to monitor network traffic volumes. A third party monitoring tool like IR Collaborate specializes in application performance monitoring, tracing, and custom metrics for hybrid and cloud-custom applications.

A major benefit of monitoring traffic is the capacity to design or re-design a more viable network network optimized for your needs. Segmenting your network into smaller sub-networks will increase efficiency and create space to establish practical priorities. This not only produces a more viable network, but it also permits more accurate monitoring.

To diagnose network congestion, look for times during the day when traffic loads are particularly heavy. This might occur during peak office hours when many devices are connected to the same network at once, and using more bandwidth.

If you're not sure where network congestion is coming from, the right network monitoring tools can help provide answers. For example, it can scan your company’s virtual networks, monitor bandwidth, cloud servers, and all other wireless networks and devices. This process will help you identify devices, servers, and even users accounting for significant portions of the available bandwidth.

To ensure that important online processes run smoothly, you can identify unneeded traffic and prioritize network traffic in ways that reserve bandwidth for certain users, devices, or platforms. The remaining bandwidth can then be assigned to other types of traffic. 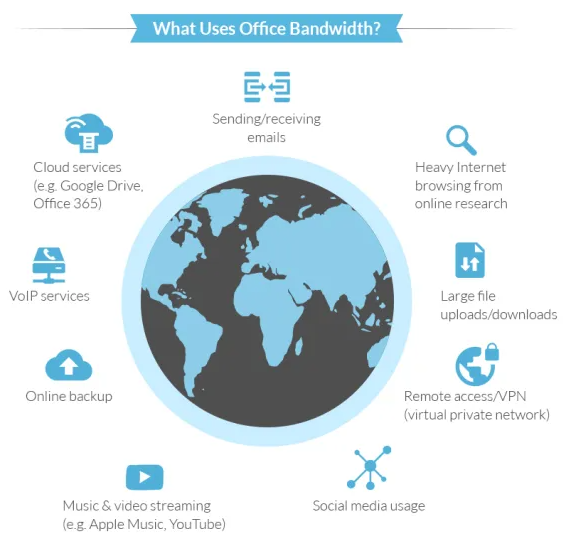 A typical business network plays host to a lot of different traffic types. Broadcast traffic is for network operation, while multicast traffic for real time media streams, and unicast traffic supports the data transfer, voice, and video functions we use every day. Business critical traffic can be any one of these types, but it's important for the network manager to understand and prioritize what it is.

You can also prioritize network traffic by scheduling any activities that require large amounts of available bandwidth for a time when users will likely not be using it. This helps avoid network downtimes and keep network bandwidth high during the day.

You can often reduce network congestion simply by increasing the available bandwidth so that the network itself will be able to handle more data, and more devices at the same time. Once you take steps to increase your network’s bandwidth, users will typically enjoy faster connection speeds and fewer interruptions.

In the same way that a wider highway that can sustain more cars, a “wider” bandwidth can handle more data flow without compromised speeds.

To improve your company’s bandwidth, consider the following options:

Bandwidth monitoring allows you to improve bandwidth, and essentially allows for more simultaneous data use.

The type, number, and bandwidth usage for each device can affect data processing across the entire network. Though it’s a time-sensitive process, scanning each device can help you reduce, even prevent, network congestion.

Quality of Service (QoS) is a method for prioritizing network traffic, and can solve your network issues to keep your bandwidth under control.

If your network is constantly experiencing delays or interruptions, choppy voice calls that drop in and out, or poor video quality it's probably a sign that your network traffic is reaching the maximum bandwidth, making several applications function below par.

Microsoft defines QoS as: “An industry-wide set of standards and mechanisms for ensuring high-quality performance for critical applications. By using QoS mechanisms, network administrators can use existing resources efficiently and ensure the required level of service without reactively expanding or over-provisioning their networks.”

As hybrid working is now part of life, the demand for a seamless user experience increases. The need for high up-time, fast problem resolution, and intelligent insight has never been more critical. Part of the strategy to achieve this is to manage network congestion.

IR Collaborate suite of hybrid-cloud performance management tools brings together reliability, agility, and innovation to solve the complexities of managing critical technologies that keep you in business.

With end-to-end visibility across your entire multi-vendor UC ecosystem, you can quickly identify, troubleshoot and resolve UC related issues, including network congestion.

In a complex, multi-vendor unified communications ecosystem, our monitoring and performance management tools can keep your network completely functional, and quickly find and resolve performance issues in real-time – across your on-premises, cloud or hybrid environments. 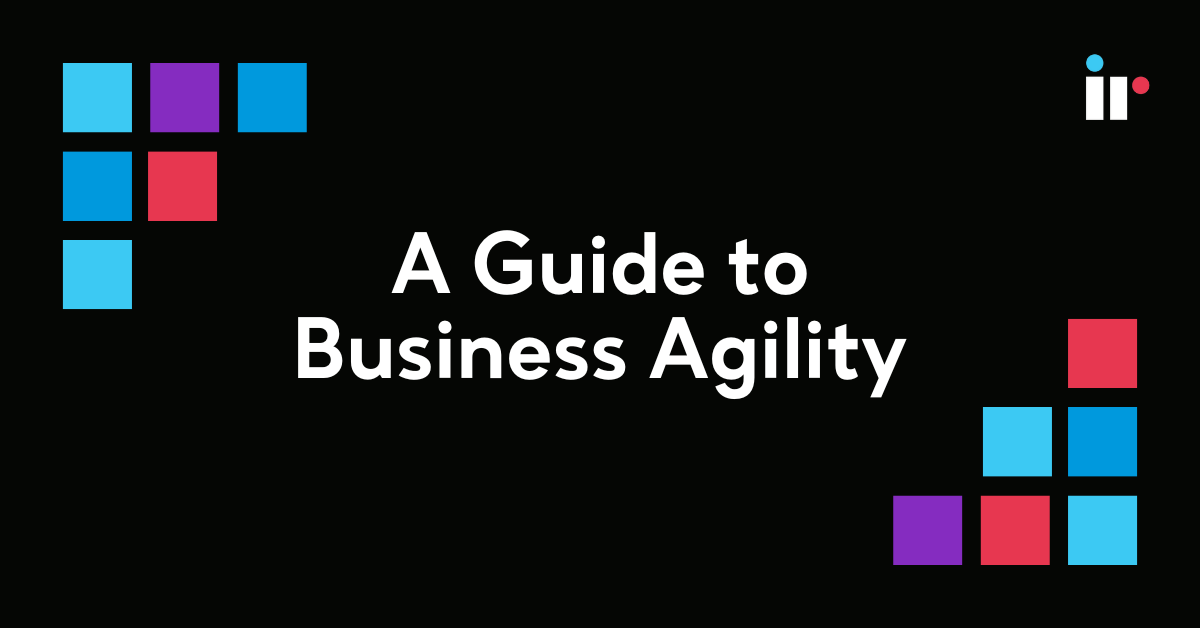 The Value of a Cloud-Based Approach: What It Is &..