What Is Network Packet Loss?

Unified Communications and Collaboration (UCC) has always been important to the working world. But the global adoption of hybrid working and monumental changes in culture and dynamic has highlighted how vital it is that our UCC systems function properly. Organizations no longer work from a fixed address, or rely on a wired connection to keep the lines of communication open.

The worldwide implementation of VoIP and video as major communication solutions is making these changes possible. But all new technologies come with challenges and one of the major hurdles that IT teams face is network packet loss.

Packet loss describes lost packets of data not reaching their destination after being transmitted across a network. Packet loss occurs when network congestion, hardware issues, software bugs, and a number of other factors cause dropped packets during data transmission.

Packet loss sits in the trio of two other major network performance complications: latency, and jitter.

This comprehensive guide will explain everything you need to know about the causes of packet loss in communication networks.


What is internet packet loss?

In any network environment, data is sent and received across the network in small units called packets. This applies to everything you do on the internet, from emailing, uploading or downloading images or files, browsing, streaming, gaming – to voice and video communication.

When one or more of these packets is interrupted in its journey, this is known as packet loss. The Transmission Control Protocol (TCP) divides the file into efficiently sized packets for routing. Each packet is separately numbered and includes the destination’s internet address. Each individual packet may travel a different route, and when they have arrived, they are restored to the original file by the TCP at the receiving end.

Think of the queues on the road at certain times of the day, like early mornings and the end of the working day. Too much traffic crowding onto the same road can become bottlenecked when it tries to merge, and the result is that it doesn’t reach its destination on time.

At peak times, when network traffic hits its maximum limit, packets are discarded and must wait to be delivered. Fortunately, most software is designed to either automatically retrieve and resend those discarded packets or slow down transfer speed.

Network hardware problems - The speed with which hardware becomes outdated or redundant these days is another major problem for your network. Hardware such as firewalls, routers, and network switches consume a lot of power, and can considerably weaken network signals. Sometimes organizations overlook the need to update hardware during expansions or mergers and this can contribute to packet loss or connectivity outages.

Software bugs - Closely related to faulty hardware is a buggy software running on the network device. Bugs or glitches in your system can sometimes be responsible for disrupting network performance and preventing the delivery of packets. Hardware reboots and patches may fix bugs.

Overtaxed devices - When a network is operating at a higher capacity than it was designed to handle, it weakens and becomes unable to process packets, and drops them. Most devices have built-in buffers to assign packets to holding patterns until they can be sent.

Security threats - If you’re noticing unusually high rates of packet drop, the problem could be a security breach. Cybercriminals hack into your router and instruct it to drop packets. Another way that hackers can cause packet loss is to execute a denial-of-service attack (DoS), preventing legitimate users from accessing files, emails, or online accounts by flooding the network with too much traffic to handle. Packet loss can be difficult to fix during a full-blown security.

Deficient infrastructure - This highlights the importance of a comprehensive network monitoring solution. Some out-of-packet monitoring tools were not engineered for the job they’ve been assigned to do and have limited functionality.

When it comes to the determining what constitutes a strong internet connection, and the reduction of random packet loss, there are three factors to consider: upload speed, download speed and ping.

This is how fast you can send data packets to others. Uploading is used when sending large files through email, or in using video to chat with others. Upload speed is measured in megabits per second (Mbps).

This is how fast you can pull data packets from the server to you. By default, connections are designed to download more quickly than they upload. Download speed is also measured in Mbps.

This is the reaction time of your connection, or how quickly you get a response after sending out a request. A fast ping means a more responsive connection, and this is especially important in real-time applications like gaming, and voice and video calls. Ping is measured in milliseconds (ms).

Anything below a ping of 20 ms is considered ideal, while anything over 150 ms would result in noticeable lag. Even though your ping is good you may still be having issues with packet loss. because although the data is being sent and ultimately received quickly by the destination server, some data might not be getting there correctly.

The effects of packet loss

For users, packet loss can be more than annoying, particularly in real-time processes like VoIP and video conferencing. According to a QoS tutorial by Cisco, packet loss on VoIP traffic should be kept below 1% and between 0.05% and 5% depending on the type of video.

Different applications are affected by packet loss in different ways. For example, when downloading data files, a 10% packet loss might add only one second to a ten second download.If packet loss rate is higher, or there is high latency, it can cause delays to be worse as some of those packets are not reaching their destinationation. Typically, the cause of lost packets occurs because of network congestion.

Real-time applications like voice and video will be affected more severely by packet loss. Something as small as a 2% packet loss is usually quite noticeable to a listener or viewer, and can cause the conversation to be stilted and unintelligible.

The effects of packet loss also differs depending on the application/protocol (TCP/UDP) If a packet is dropped, or not acknowledged, TCP protocol is designed to retransmit it. UDP, however, doesn’t have the capability to retransmit, and therefore doesn’t handle packet loss as well.

Everyone has experienced packet loss in voice calls. This is where comprehensive network monitoring and troubleshooting comes into its own. Network monitoring can quickly and accurately diagnose and identify the root causes of the loss of data packets, such as in the following examples.

During a Teams call, the quality deteriorates and becomes distorted and patchy, or eventually drops out completely. But even though Teams may be having issues, you might still be able to successfully communicate using Zoom, Webex or WhatsApp. This is because of the difference in the way that each specific program transmits over the internet, and the route that the packets take.

Do a ping test

A ping test is a diagnostic tool that provides data on how well an internet-enabled device communicates with another endpoint. A ping test can assess network delays or issues by sending an Internet Control Message Protocol (ICMP) packet – or ping – to a specific destination.

ICMP packets contain only a tiny amount of information, so they don’t use much bandwidth. When the ping reaches the device, that device recognizes and replies to the originating device. The total time taken for the ping to arrive and return is recorded as ‘ping time’ or ‘round trip time’.

If the number of packets sent and received are not equal, this means some packets never arrived to or from your phone. This inevitably leads to call quality issues like choppy voices, extended silences, jumbled audio and other call quality problems.

Any organization with a private network will have hundreds or even thousands of unique connections and data transfers every day.

Deep Packet Inspection (DPI) is an in-depth way of examining and managing network traffic. DPI is one of the most important tasks that network administrators need to carry out. It locates, identifies, blocks or re-routes packets with specific data or code. It examines the contents of packets passing through a given point and determines what the packet contains. Most network packets are split into three parts:

The classic aid to any problem with connectivity issues is to restart the router – and a vast majority of times, it works to your benefit.

What is User Datagram Protocol (UDP)?

User Datagram Protocol (UDP) is a communications protocol primarily used to establish low-latency and loss-tolerating connections between applications on the internet.

UDP speeds up transmissions by enabling the transfer of data before an agreement is provided by the receiving party. As a result, UDP is beneficial in time-sensitive communications, including voice over IP (VoIP), domain name system (DNS) lookup, and video or audio playback.

Traceroute is a command-line tool that comes with Windows and other operating systems. Along with the ping command, it’s an important tool for understanding Internet connection problems, including packet loss and high latency.

If you’re having trouble connecting to a website, traceroute can tell you where the problem is. It can also help visualize the path traffic takes between your computer and a web server.

Every network experiences some degree of packet loss, but what is acceptable? Prevention is better than cure, so the ability to easily monitor and measure packet loss is essential when implementing solutions.

Network monitoring should be the first strategy you use to preserve and uphold the integrity of your network environment. Regularly scanning your devices will ensure that your routers are capable of handling capacity, and your system is equipped to prevent data loss.

This guide has been created to define network packet loss, and to help identify, understand and troubleshoot the most common problems related to packet loss in computer networks.

Network packet loss, jitter and latency, have always been major obstacles standing in the way of clear communication, but with the global shift to hybrid working, it's even more essential that your user experience is the best it can be.

Today's UCC ecosystem is far more complex then it's ever been, and even the smallest amount of downtime, outages, poor video and audio quality can severely affect an organizations bottom line.

IR's Collaborate suite of hybrid-cloud performance management tools brings together reliability, agility, and innovation to solve the complexities of managing critical technologies that keep you in business.

What is Network Jitter? A Complete Guide to Understanding, Monitoring and Fixing Jitter.

Prognosis UC Assessor is a 100% software-based solution that can find and fix problems before migration without the need for network probes. Ensure a positive end-user experience with one-click troubleshooting for all network issues affecting UC performance. Deployment and getting started is quick, generating insights within minutes of installation across multiple sites within your environment.

You can improve IT efficiency with the ability to operate and troubleshoot your entire multi-vendor UC environment from a single viewing point. Reduce costly outages and service interruptions with automated, intelligent alerts. Plan, deploy and migrate new technologies with confidence. 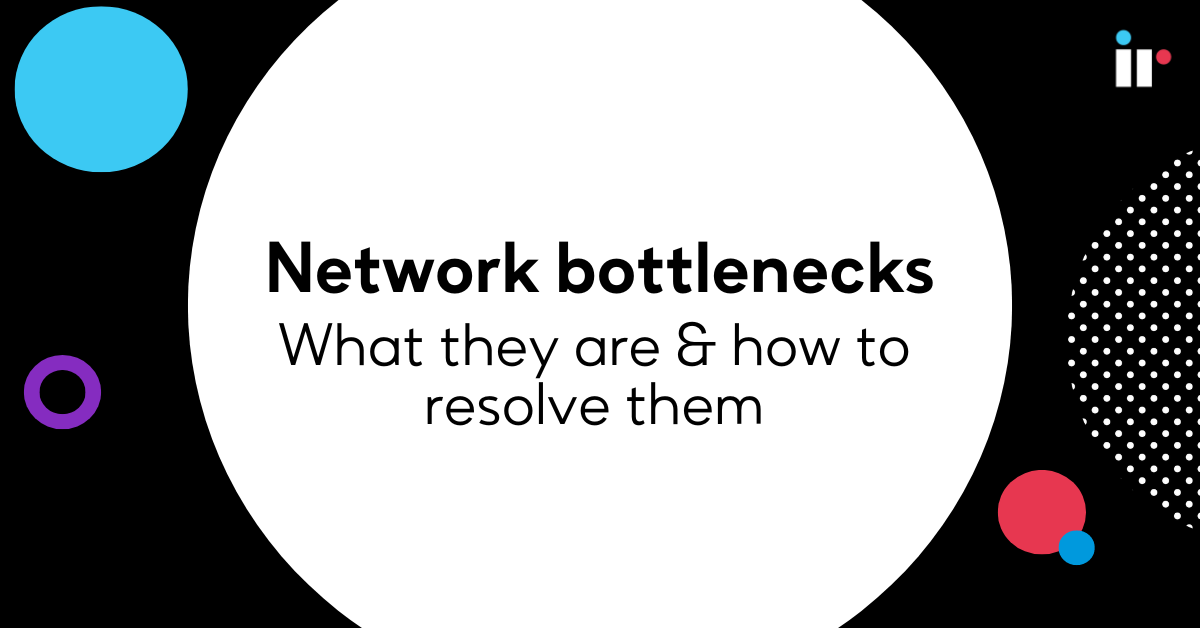 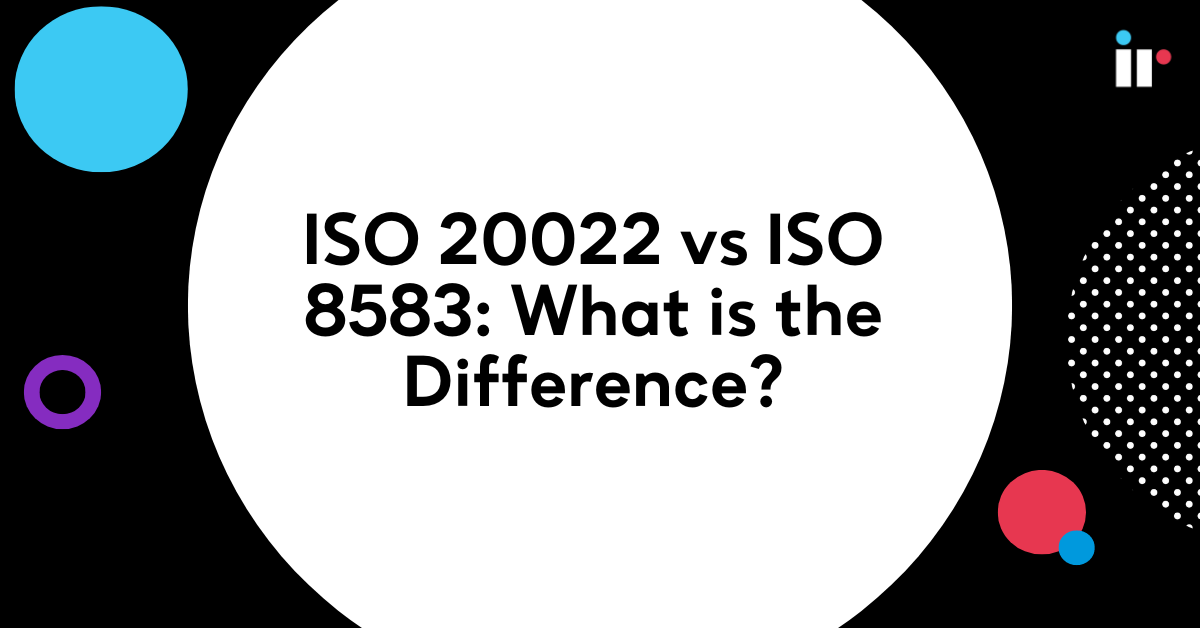 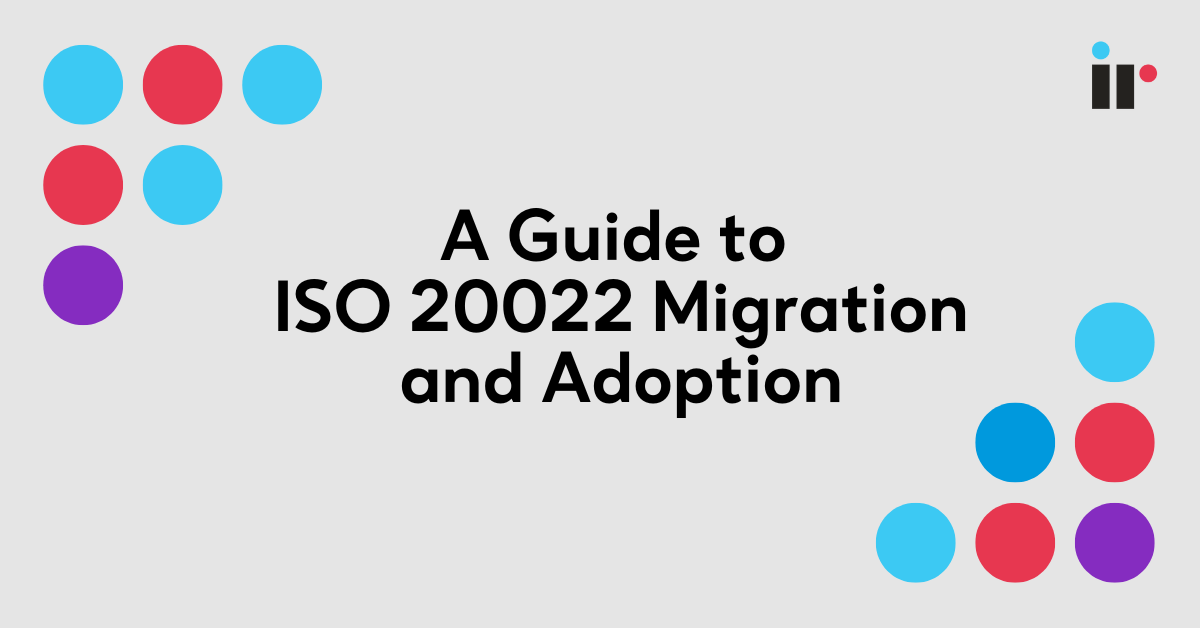 Banks and financial institutions worldwide are embarking on a new era as they prepare to...